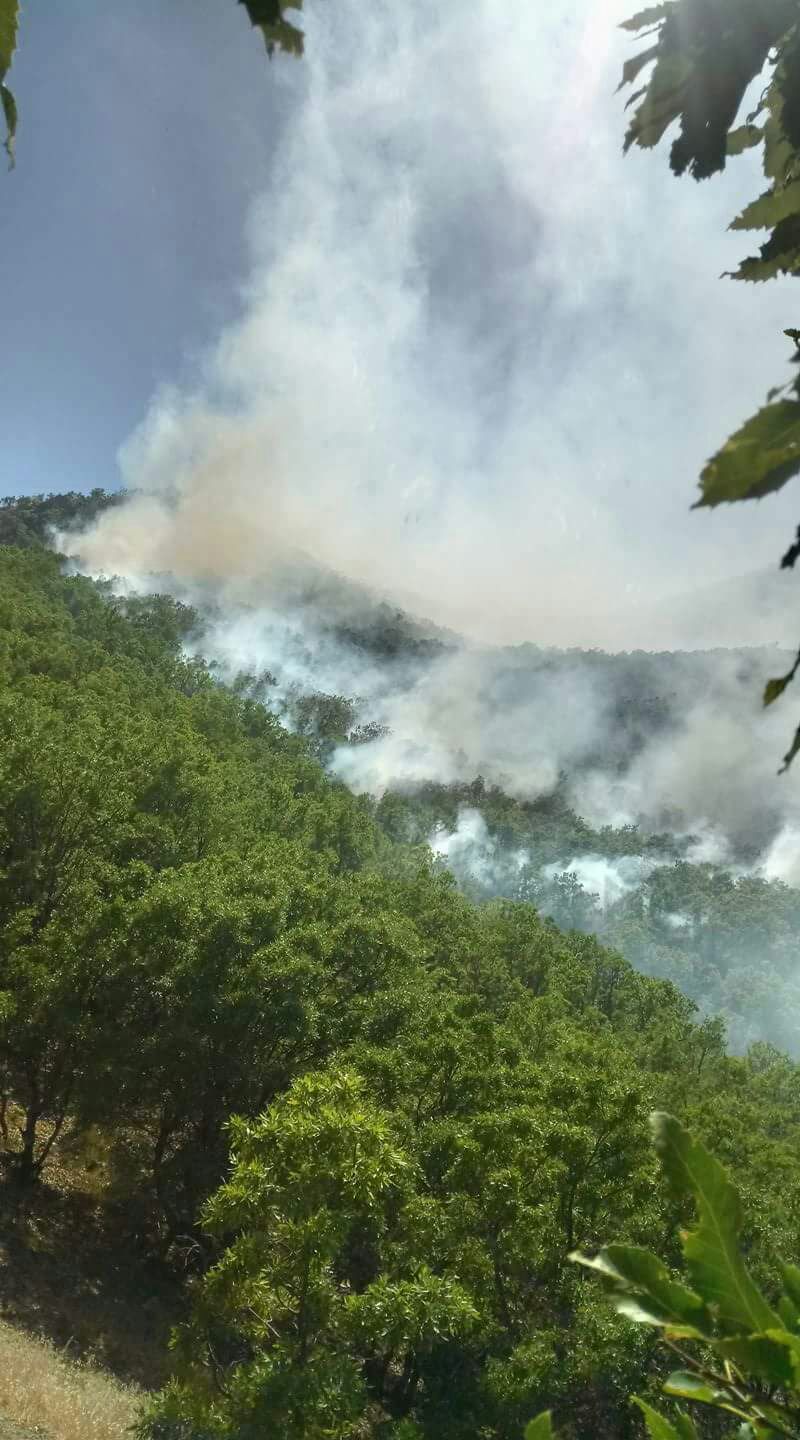 The forest fires that were started by army forces in the course of the military conflicts between the Turkish army and armed Kurdish and other rebels endanger the lives of residents and vacationers in the Eastern Anatolian city of Tunceli (Dersim). Several villages have been cut off from the outside world for days. The destruction of nature is reaching an intolerable level. Desperate villagers are pleading for help. Thousands of people who have their cultural roots in the region, as well as local NGOs, are trying to mobilise the public through social networks to exert pressure on the Turkish government.
Tunceli (the core area of the historic region of Dersim in Eastern Anatolia) has been the target of military operations by the Turkish army, especially since the 1980’s. As a result, the population has fled, been driven out or emigrated from this region. The majority of the indigenous population of this region belongs to the Alevi faith and has an ethnicity which differs from “Turkishness”. For this reason, the Turkish state apparatus has been trying to force the indigenous population to flee or migrate from the region by various means, including military attacks, construction of dams and goldmining projects using methods which are destructive to the environment, in order to carry out an ethnic and religious purge in Tunceli (Dersim).
Eye witnesses have reported arbitrary bombardments of mountains and forests in several districts of the city of Tunceli. This creates new fire sources, in addition to the fires that have started as a result of the military conflicts with the rebels. Apart from a few token operations, the official agencies have done nothing to extinguish these fires. In a talk with the representative Alican Ünlü (HADEP), an elderly couple affected by the fires reported: “The smoke was so severe that the animals in the stall could no longer bear it. … No one is safe here. We have been surrounded by fire for five days. … We have no protectors. … The state has left us here alone while the fires are raging all around us. It explains that this is because of the safety risk. There are military stations all over the place. Why should the state not be safe? Actually, we’re the ones with the safety risk …“
Umbrella organisations such as the FDG (European Federation of Dersim Associations) and the Dersim Central Council in Europe are calling for an end to the attacks on the population and nature in Dersim. Representatives of the Dersim Central Council in Europe refer in this connection to the communique it wrote in Zwingenberg, Germany, which states: “The people of Dersim currently fear for their very survival. They are struggling for nothing less than the existence of their homeland Dersim. Any use of force in the region leads to the haemorrhaging of Dersim and the destruction of its people’s livelihood. The cycle of violence and war which threatens our society inevitably hastens the process of their suffocation and annihilation. Dersim and its people have neither the strength nor the ability to cope with the current wave of violence and war …”